Statute Board of directors Scientific and guarantee committee
(12) (18) 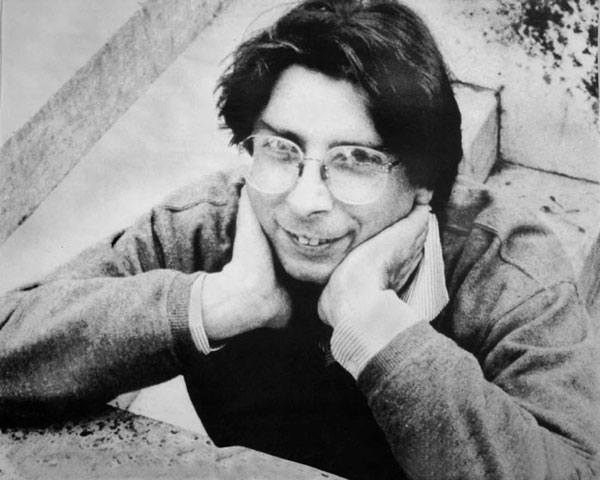 Friends and supporters of the foundation

The Foundation is supported by 180 European and Italian MPs, members of regional and city councils, journalists, professors, researchers, educators, human rights and environmental activists, and citzens from different European countries. Foundations, associations, committees and Italian and European publications have adhered and contributed. Cultural associations, streets, parks, halls have been named in memory of Alex Langer.
Donations collected by 31.12.1999 amount to 248 million lire, part of which have been deposited on ethic founds. Almost all of the work of the Foundation is possible thanks to precious contribution and voluntary work by friends and supporters.

An "Euromediterranean Network" for co-existence

To enforce and continue relations which have been formed with the prize winners, the Foundation will promote and/or sponsor the construction of an "euromediterranea network" which has recognisable and available partners to install significant forms of collaboration according to the aim of the Statute (exchanges, twining, trips and study grants). The network will try to compile a periodical in several languages to strenghthen the freedom and quality of information.
The purpose of the 2000 edition of euromediterraena was to focus on long term work directives of the Foundation outlined during a meeting of the Board of Directors of the scientific and guarantee Committee and a group of friends:
- how to recognise signs of conflict in natural “identitiy” (religious, ethnic, racial) and ecological (unequal access, consumption, destruction and exodus); attempts to prevent this before it reaches the point of no return; which actions are necessary to reconstruct co-existence and environmental co-existence;
- which are the minimum standards (human rights, social, cultural, environmental) for international negotiations and the processes of integration and extension into the European Union;
- the enlements of a new international law (constitutional) within the projects for a International Penal Tribunal and an Internatioanl Court for the Environment;
- a European body for peace and civil protection, prevention, humanitarian interference, trials for truth and conciliation, exercise and objection of conscience between professionals and volunteers;
- elements of a Constitution and of new foreign policies common to the European Union: a project of society, of citzenship, of relations whit other countries and international institutions.

The European Union seems to have run straight into common foreign politics. The on-going conflicts all over the world are a dramatic learning process on the limits of the politics inherited from the cold war and the models of actions closely tied up to the history and the interests of individual countries.
Also with some of the recurring environmental catastrophes the insufficiency of a puely local or national approach becomes obvious. The number of what can be called "environmental refugees" is growing, forced to abandon places which have become either uninhabitable or no-productive.
There is much discussion in the heat of the meoment but once the urgency has passed it appears once again, that the delicate job of reconstruction co-existence (such as the precious work of prevention) is left entirely to the food-will of non-governmental organisations, to those assigned, to government representatives, to technicians, to military experts. Public opinion should however, be able to take part in its own way in research and political and cultural debate, in decisions which will greatly influence the future of the European Union and international relations.
Civilians and instituions can act in a profitable way to support the co-existence between people and nature. But this is not “natural”behaviour, it is an art to be acquired by means of taking responsibility both personally and collectively.
It is these very aims that are the inspiration of the "Euromediterranea Festival", an international meeting which takes place every year in the first week of July in Bolzano and in other places in the region with the use of a variety of ways for expression and communication: seminars, meetings, exhibitions, films, books, acts of solidarity, concerts, theatre.

Alto Adige/Südtirol has been indicated and studied by more than one party as a possible institutional model capable of ending old unresolved conflict (Bosnia, Caucaso, Algeria, Rwanda, Tibet, Kurdistan, Northern Ireland, the Basques region, Israel/Palestine ect.). In fact it is true that Alexander Langer who inspired our Foundation, always carried the Autonomous Statute of South Tyrol with him on his travels. It is also true however, that all traces of ethnic revenge must be seen with this model for it to be truly convincing. An Alto Adige free from ancient conflicts could really become a place where the cultures from the North to the Mediterranean and from the South to Europe circulate, come together and enrichen, a Europe which has to be more and more welcoming.
These are the main aims of the “South-Tyrolean” work of the Foundation: - to promote study meetings for delegations from places of conflict and to support their works; - to give more access to the works and material of Alexander Langer (via computer network); - to stimulate opportunities for collective thought in the form of seminars around his thoughts and his writings, in particular on the relationship between “identity” and the globalisation of the economy, of politics, of knowledge;
- to guarantee a light organisation structure for the liason and the services of the whole Foundation.