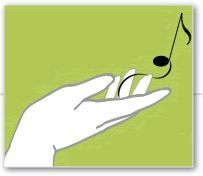 The decision to award the 2013 Langer prize to “Donatori di Musica” (Music Givers) – a network of artists, physicians, nurses and volunteers who are committed to organising concert seasons, mainly in cancer departments – might seem to mark a break with tradition followed by the Langer Foundation which over the years has given pride of place to peace-making and relief efforts in places suffering from wars and humanitarian crises. But it is not so much a break with the past as a shift in focus: from afar to closer to home, from emergencies to day-to-day concerns, from bringing relief to ease lives already brutalised, to caring for lives in jeopardy. There is also one feature shared by all our prize-winners: their preference for nonviolence, and medical practice is in great need of nonviolence today.

When Gandhi, and after him Illich, denounced the pathogenic effects of modern medicine they were targeting not only specialism but also the potential violence caused by inequalities in knowledge, expertise and power between patients and carers. And this applies to an even greater extent in the field of cancer care, when patients can pass through periods of extreme vulnerability, when their bodies can be subjected to pain of all kinds in the hands of those who have the power (and the burden) of deciding on the treatments, and on when, how and where to administer them.

Medicine today has learned to reflect on itself, its vocation, and on its environment, and for many years efforts have been made in many hospitals to “humanise” inpatient care by providing opportunities for leisure activities and socialisation. This is just as it should be, and is most praiseworthy.

But the Donatori are concerned about something rather different: to take a stand against a model of medical care which still tends to abduct patients and pigeonhole them exclusively as “cancer patients”, and one immediately compares this with operations conducted in times of civil war or natural disasters, where those who suffer are victims, but not only victims, in need of person-to-person, rather than needy-to-relief worker, relationships.

To break down the wall of segregation and provide space for the many things which sick people continue to be, the best way is to build bonds between the patients, their loved ones and friends, artists and health care workers. And this cannot be done merely with a few sporadic performances, because it is a long-term matter, requiring continuity, well-established expertise and an appropriate environment.

It is in this sense that the concert acquires meaning as an instrument and a symbol of sharing: it is discussed and prepared together and, all together, everyone experiences the happiness and contentment that music can bring, and enjoy the food which accompanies the meeting. And all together, people change.

The Donatori say that the presence of musicians in the hospital ward, bringing a corner of the world from which patients have been excluded, or have allowed themselves to be excluded, have made the “embarrassing revolution” possible by virtue of its simplicity: it began with the realisation that each one of us is both healthy and sick, often moving between one condition and another, and the revolution occurred with the discovery that the patient is not necessarily the person who merely asks and receives, but can certainly also be the one who offers and gives. And as part of this two-way exchange rationale the artist brings the music, the health care workers bring their expertise, and the patients bring their knowledge, their experience of pain, and more important still their stories of a life lived, and a life which they hope to be able to live again.

It is a whole, which protects them from the risk, despite their best endeavours, of becoming “professional patients”. And this is a critical practice in our culture, in which cancer is shrouded in an aura of disruption which makes it difficult even to call it by its name, and this can damage relations and words. But experience shows that it is possible to stand up against it. And it was precisely this experience which gave rise to the Donatori.

It was in 2007 that a musicologist and artistic director who was an inpatient at the Carrara hospital suggested to his consultant surgeon that they should organise a concert – which is what he had done before, and wanted to continue doing as far as it was possible for him to do. The experiment was a huge success, exceeding all expectations, so much so, that the event became a system and encouraged other people and other institutions to follow suit – hospitals in Bolzano, Brescia, Saronno, Sondrio, Vicenza, and San Camillo Forlanini in Rome.

Such a simple and such an ambitious project requires rules and agreements. The artists must demonstrate not only professional excellence, but also sensitivity and discretion: no humanitarian tourism, no self-promotion and no personal image enhancement. They must constantly strive to be fully aware of the implications of the illness and the treatments available. All of them must show empathy, mutual respect, and discuss roles: within the setting of the concert, no one is ‘dressed up’ for the event, signifying that it is a different performance from any other.

But also the physicians have to continue to play their part. And they do so with a greater realisation of the patients’ viewpoint, but also their discomfort, difficulties, and weaknesses to be addressed jointly. In this instance, instead of “the patient is the centrepiece”, with these decisions in the hands of the physician, here it is the relationship that forms the centrepiece. And that relationship is a condition for establishing a healthy alliance and offering a way of caring for the patient which is not aggressive and bellicose, as is often the case when treatment is viewed in terms of war, a duel, or a trial of strength.

Giving priority to relationships is the other aspect of the “embarrassing revolution”, and while today the “human touch” of the medical staff is considered by patients to be a (most praiseworthy) plus point, for the Donatori it forms an integral part of professional excellence. Without it, good medicine and good treatment are not possible.

This comprehensive commitment is not matter for a plan to reform the health care system, but it is matter for undertaking an interior reform, which is the same path that leads to choosing nonviolence and taking an informed decision about one’s own life.