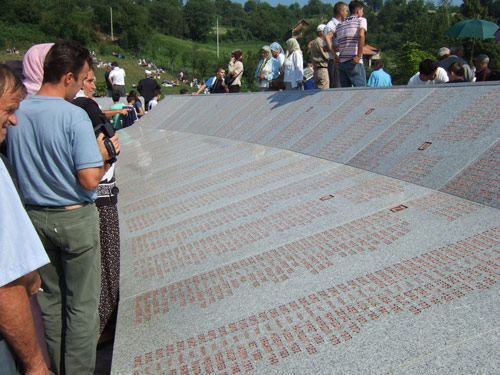 At the solemnly ceremony at the memorial of Potocari attended a delegation of the Alexander Langer Foundation which was formed by its President Christine Stufferin, the board member Stefano Boninsegna, and the voluteers Francesco Cattani, Corinna Sabbadini and Alessandro Dalzovo.

Irfanka Pasagic, director of Tuzlanska Amica and recipient of the Alexander Langer Award in 2005 accompanied the delegation.

This year during the ceremony there where honoured and buried 775 victims.

Fourthcoming there will be a gallery with the photos of the most important moments of the sojour.