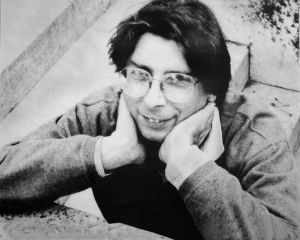 Alexander Langer was born 1946 in Sterzing (South Tyrol).He died on July 3, 1995. He studied in the Universities of Florence, Bonn and Trento; Phd in law (1968) and sociology (1972). Teacher, journalist and translator; teacher in secondary schools in South Tyrol and Rome and at the universities of Trento, Klagenfurt and Urbino.

From an early age, he was actively involved in dialogue and reconciliation between the ethnic groups in South Tyrol. Active in the informal and later extraparliamentary Left. Subsequently co-founder of the green movement in Italy. Numerous publications and lectures (particularly in Italy, Austria and Germany) on South Tyrol, peace issues, ethnic movements, relations between the German and Italian cultural areas, minorities and regionalism, Italy, the ecological movement, multicultural society, democracy, East-West, North-South and Europe etc. Co-founder of the 'Fiera delle utopie concrete' (realistic ecological utopias fair) in Città di Castello (Umbria), the Italian 'Campagna Nord-Sud' (North-South campaign) and 'SOS-Transit' (Bolzano coordinating centre of the campaign against heavy goods traffic crossing the Alps). Member of the 'Helsinki Citizen's Assembly' (and prior member of the 'East-West Dialogue-Network'); coordinator in Prague in Autumn 1991 of the working group on 'Nationalism, Xenophobia, Federalism and Autonomy'. In 1991 one of the initiators of the 'European peace caravan' to Yugoslavia. Elected to the Landtag of South Tyrol on several occasions since 1978 as a representative of inter-ethnic alternative lists (most recently in November 1988 for the 'green alternative list for a different South Tyrol'). Since 1989 MEP for the Italian Greens: Green spokesman on the Political Affairs Committee, substitute member of the Committee on Development and Cooperation, member of the Subcommittee on Security and Disarmament and member of the Committee on the Rules of Procedure, the Verification of Credentials and Immunities. One of the two Co-Chairmen of the first Green Group in the EP (held office from July 1989 to end of October 1990). Chairman of the EP's Delegation for relations with Bulgaria, Romania and Albania. Member of various Intergroups, including 'Disarmament', 'Minority languages and cultures' and 'Poverty and the Fourth World'.
Chairman (first half of 1991) of the Group Coordinators in the Political Affairs Committee and chairman (second half of 1991) of the Intergroup on Minority languages and cultures. Journalism and articles for various newspapers and periodicals on subjects including: Europe, green movements, South Tyrol, minorities, ethnic groups, regions, relations between German and Italian cultural areas, peace and North-South relations. Within the ecology and peace movement Langer had long been an advocate of a cultural and political approach to a comprehensive Green philosophy. For this reason he was heavily involved in dialogue and joint initiatives with the Left, radical-democratic groups, christian and other spiritually based movements and organizations going well beyond conventional political structures, not fighting shy of conservatives or the 'Right' where genuine views were involved and non-conformist stereotypes. Langer regarded the green movement as diametrically opposed to the conventional political spectrum.
Langer was less interested in the 'filter and limit value' side of ecology, without neglecting these aspects as there is always room for improvement. He was more concerned with an 'ecological conversion' of society: a conscious act of self-restraint, upgrading the local and the community dimension, the culture and politics of social integration. He thought that not causing pollution is better than cleaning up and using filters; justice, peace and preservation of the biosphere call for a radical, bottom-up approach, not simply tinkering. An increasingly artificial world is no response to unjust, polluted, socially degraded, violent living conditions which are void of any purpose. Hence he understood an ecological approach not just as measures and reforms but also as a solid basis of ideas and motivation.