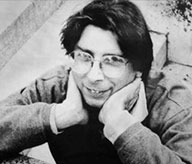 Appeal against the recent imprisonment of Narges Mahammadi, winner of the Alexander Langer Award in 2009. 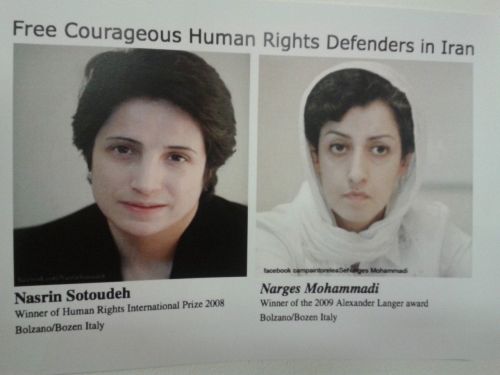 In Iran the persecution of political prisoners and supporters of the Nobel Prize winner, Shirin Ebadi, is getting worse. This is an appeal against the recent imprisonment of Narges Mahammadi, winner of the  Alexander Langer Award in 2009.

On March 5th 2012 Narges Mohammadi’s case was reviewed by the Iranian court of appeal and she was sentenced to 6 years in prison for her activities in defense of human rights in Iran. Previously in 2011 she had received a sentence of 11 years. She is accused of being involved in activities against national security and for propaganda against the regime. On 21st April she was put in isolation in Evin prison in Teheran.

Mohammadi was born in 1972 in Zanjan and she has gone on to become a journalist and an engineer. Since completing her studies she has been publicly fighting for women and student rights and consequently has been arrested several times. In 2001 she married Taghi Rahamani, a university professor, and together they have two 5-year old children. Immediately after the wedding, Rahamani was arrested and imprisoned for two years. He is now forced to live in exile.

The repeated arrests of her husband has led Narges Mahammadi to denounce the situation of prisoners, in particular of those accused of political crimes who’s imprisonment often violates the most basic social and political rights. Due to this activism she was arrested again another two times. She now uses her experience to assist political prisoners and their families.

In 2008 she became president of the Iranian National Peace Council which is made up of writers, artists, lawyers, social activists, women, students, trade unionists, representatives of ethnic minorities and political groups opposed to any military or terrorist action against Iran. The National Peace Council’s objective is to make known the existence of “another Iran” which stands against every violent action within and against the country and is committed to establishing peace, security, and stability based on tolerance and friendship.

In 2009, when she received the Alexander Langer Award, Narges Mahammadi collaborated with Shirin Abadi, recipient of the Nobel Peace Prize in 2003. She also became vice-president of the Defenders of Human Rights Center.

The Alexander Langer Foundation, Human Rights International and  Amnesty International invite Italian citizens, charities and representatives of political organisations to promote and sign a petition for the protection of human rights in Iran and for the liberation of Narges Mohammadi, Nasrin Sotoudeh (Human Rights Award 2008) and all other political prisoners.